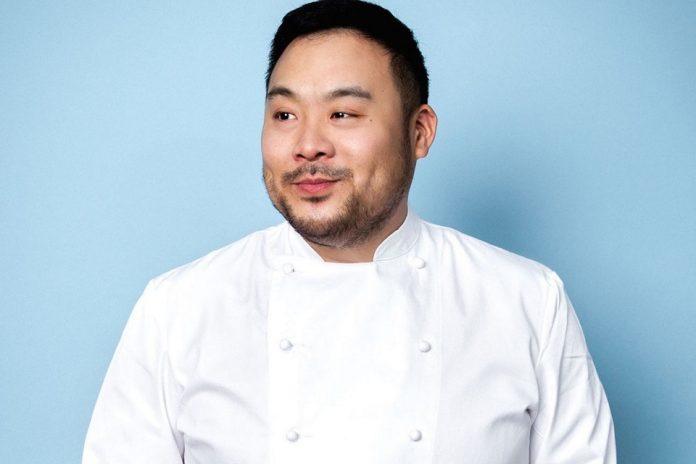 David Chang is an American restaurateur, author, and television personality. He has made his name in the restaurant business by starting and exponentially growing Momofuku, a restaurant group.

Here are some interesting facts about David Chang:

1. David Chang net worth is estimated to be more than $60 million.

As of 2018, David Chang net worth is estimated to be more than $60 million. Today, the Momofuku restaurant group has turned into an international multi-million dollar company with David Chang being its proud Founder. Since its early inception, the company has developed into a hub for food enthusiasts not only in America but other places as well including Australia and Canada.

In 2009, Momofuku was awarded two Michelin stars, which it has retained each year since. In July 2017, Chang announced the opening of his first west coast restaurant in Los Angeles and most recently opened the restaurant Majordomo in January 2018.

2. His parents are from Korean descent

Chang was born on August 5, 1977, in Vienna, Virginia. His father is from North Korea whilst his mother is originally from South Korea. They had emigrated to the States when they were adults for better opportunities.

Chang also has two older brothers as well as a sister. He had actually seen a restaurant being run as their family owned two restaurants along with a golfing goods warehouse.

3. He opened his first restaurant Momofuku Noodle Bar in 2004.

Thanks @nikesb for sweet gortex perfect for today’s rainy weather!!

After finishing his academic studies, Chang started working at a variety of jobs that weren’t even connected with his field today. Eventually, he attended the French Culinary Institute in 2000 and found his true passion for food.

He now started working in the restaurant business including a job answering phones at Tom Colicchio’s Craft restaurant.

Then, in 2004, Chang made the huge decision that he was going to open his first restaurant which would be named as Momofuku Noodle Bar. Chang constantly reinvented the business structure and soon the business started seeing a lot of traction.

Two years later, he opened his second restaurant and would go on to expand multiple times in the coming years with the same “Momofuku” brand name.

2010 was one of the early stages when people had started knowing through some of his appearances in popular food shows. That same year, he was recognized by Time for his work in the field as a leader and hence was mentioned in their list of the 100 Most Influencial People accolade.

He has also won awards like Bon Appetite’s and GQ’s Chef of the Year awards. Later in the next year, he released the first issue of his Lucky Peach food magazine. Its second and third issue even managed to make it to the New York Times Bestsellers list.

5. He created the series Ugly Delicious in 2018

Chang has appeared on TV since 2010 but those were mostly as a guest in coveted shows like being a guest judge on the reality show Top Chef: All Stars. He has also appeared in the shows MasterChef Australia and PBS food series The Mind of a Chef.

But, 2018 seems to be the year that David Chang has finally decided to take his expertise to millions of people through the media. He now has his eyes set on being the next big media mogul for food and has started that journey through his show called Ugly Delicious that is available on Netflix.

The series has done immensely well and Chang looks like he is set to develop even more platforms including podcasts and editorials.

factsfive - May 31, 2021
Halle Berry was born in Cleveland, Ohio. Her father, Jerome Jesse Berry, was African-American, and worked as a hospital attendant. Her mother, Judith Ann...

Alan Tudyk Wiki, Bio, Age, Net Worth, and Other Facts

Vin Diesel Wiki, Bio, Age, Net Worth, and Other Facts

Christina Aguilera Wiki, Bio, Age, Net Worth, and Other Facts