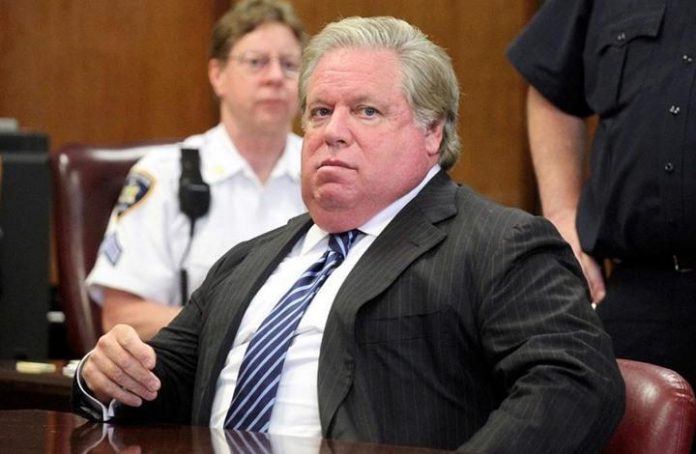 Elliott Broidy is an American philanthropist, venture capitalist and Republican fundraiser. He is best known for working as finance chairman of Republican National Committee from 2005 to 2008. As of 2018, Elliott Broidy net worth is estimated to be around $75 million.

Elliott was born in Los Angeles, California to Sherman G. Brody and Dorothy Horowitz. He went to University of Southern California and graduated with a Bachelor of Science degree in Accounting and Finance. He is a Certified Public Accountant.

After graduating from college, he started his career in finance at Arthur Anderson. From 1982 to 1991, he was a managing director at Bell Enterprises and in 1991, he founded investment firm “Broidy Capital Management” where he served as a chairman and CEO. Elliott then served as a commissioner and chairman of the Alternative Investment Committee of Los Angeles City Fire and Police Pension Fund fron 2002 to 2009.

Apart from that, he has produced two movies named Sugar and Snake & Mongoose. Broidy also owns the private security company Circinus, which basically provides services to United States and other governments.

After 9/11 attack, he became interested in politics and joined the Republican Jewish Coalition. In 2002, he became a good friend with George W Bush after donating more than $300,000 for his re-election campaign. In 2005, he was selected to serve as finance chairman for the RNC and he served till 2008.

In 2016, he served as a vice chairman of the Trump Victory Committee, a joint fundraising committee between Donald Trump and RNC. In 2008, he was awarded the Raoul Wallenburg Award by the Raoul Wallenberg Committee of the United States for his Jewish philanthropy.

On April 12, 2018, Wall Street Journal published an article saying that he had a sexual relationship with Playboy playmate resulting in pregnancy in late 2017. It also stated that Michael Cohen, Donald Trump’s personal lawyer negotiated a deal to pay $1.6 million for the woman’s silence. After the reports came out, he resigned his post at the RNC.

Regarding his personal life, Broidy is married to Robin Rosenzweig. Together they have three children named Rachael, Lauren and Nathaniel.

Danny DeVito Wiki, Bio, Age, Net Worth, and Other Facts

Hannah Zeile Wiki, Bio, Age, Net Worth, and Other Facts

Mena Massoud Wiki, Bio, Age, Net Worth, and Other Facts