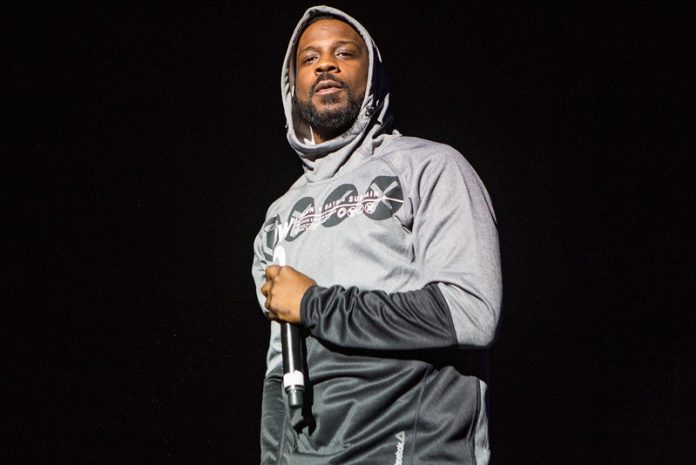 Johnny Reed McKinzie, Jr, who is better known by his stage name as Jay Rock, is an American rapper, record producer and actor.  Since he started in 2005, Jay Rock has made exponential progress as a top rapper today.

Here are some interesting facts about Jay Rock:

1. Jay Rock net worth is estimated to be more than $4 million

As of 2018, Jay Rock net worth is more than $4 million. Jay Rock has accumulated a large fortune today because of the success that he has had as a rapper. One of his earliest tours involved performing for 50 Cent’s The Invitation Tour. He has gone on to tour with big names like Black Hippy, Glasses Malone, Kutt Calhoun, and Kendrick Lamar.

With the growth of his career, his own tours have been one of the biggest source of his income with him selling out shows all around the world. Some of his works have also been featured on well-known projects including a soundtrack being featured on Grand Theft Auto. Rock has had tremendous success as a performer and already has a packed schedule full of performances in 2018.

2. He was a member of the Bounty Hunter Bloods street gang

Rock was born on March 31, 1985, in Watts, Los Angeles, California. He grew up in an area that had many street gangs. One of them was the Bounty Hunter Bloods street gang which he would become a member of at a young age.

Rock did attend a school called Locke High School but his involvement with the gang resulted in him going to jail on two separate occasions. But at the same time, Rock was a gifted rapper and eventually he got his life together after the record label Top Dawg Entertainment saw potential in him and decided to sign him after hearing him sing. This was back in 2005 and would go on to produce mixtapes that got him active in the hip-hop scene.

Once he got focused on hip-hop, opportunities would start to find way for him. He got affiliated with Asylum Records in 2008 and would release his first ever commercial debut single that was called “All My Life (In the Ghetto)“.

The song had relations with his own life and strongly touched fans. This would help him to grow in terms of a personal brand as he got featured on the the cover of XXL‘s annual Top 10 Freshmen issue. Soon collaborations would come in with stars like Omarion that boasted his portfolio of having already worked with Lil Wayne and Wiil.i.am.

In 2010, he released a mixtape called Black Friday that didn’t become mainstream yet was applauded for the quality of its content. After releasing a single called “Hood Gone Love It” the next year featuring Kendrick Lamar, Rock would eventually release his much anticipated album called “Follow Me Home”. The album would make it to the Billboard 200 chart and a single of the song would be featured in the popular game Grand Theft Auto as well.

His collaborations with Kendrick Lamar have been really significant for a boost in his career. One of his most noted appearances on the big star’s songs include “good kid, m.A.A.d city”. This song would help him reach a wider audience because of the success that it received. He has gone on to work with Lamar again for the single called “Pay for It”.

Jay Rock got into a horrific accident on February 15, 2016. This was a motorcycle accident that almost killed the rapper. The incident resulted in him breaking several bones and reports say that it could have been a lot worse.

Thankfully, he recovered from the accident and is again back producing music. He is set to release his much anticipated project called Black Panther: The Album which already includes a hit single called “King’s Dead”.

Isaac Kappy Wiki, Bio, Age, Net Worth, and Other Facts

Elizabeth Hanks Wiki, Bio, Age, Net Worth, and Other Facts

Stacey Dash Wiki, Bio, Age, Net Worth, and Other Facts

Jessica Chastain Wiki, Bio, Age, Net Worth, and Other Facts