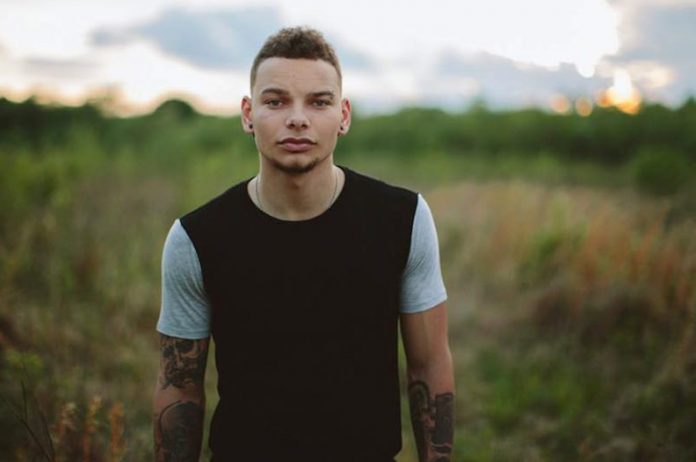 Kane Brown is a famous country music singer and songwriter. He rose to fame with the release of hit singles like Used to Love you Sober, What Ifs and many more. He is one of the artists to make his name through use of social media. So how rich is Kane Brown? Here are some facts about him including his net worth, personal life, career, girlfriend and many more.

As of 2018, Kane Brown net worth is expected to be $2 million. So the question is how he collected his massive fortune. He earns most of his money through album sales. His album “Kane Brown” sold nearly 300,000 copies in United States only. His Extended plays “Closer” and “Chapter 1” were sold around 38,000 and 90,000 copies in US only.

His next source of income is mainly from tour and live performances. The singer was busy last year touring all across the globe. He also makes significant amount of money from his YouTube channel. His official Vevo channel has over 480K subscribers and has generated over 270 million.

Kane Brown was born on October 12, 1993 in Tennessee. He was mostly raised by his mother and had to move frequently in different parts of US. Due to frequently traveling, he attended many schools like Lakeview-Fort Oglethorpe High School and Soddy Daisy High School. It was in school, he became interested in R&B music. He even won a school talent show after singing “Getting’ You Home” when he was in 11th grade.

Brown also auditioned on American Idol and X-Factor. He was chosen for X-Factor after an audition but left the show after the producers wanted to include him in a boy band.

Thank you fans and country radio ???

Kane Brown is one of the artists to make his name through social media platforms. He started posting cover songs in 2014. He used to cover songs from artists like Brantley Gilbert, Alan Jackson, Lee Brice, George Straits. His single “Used to Love You Sober” received one million views within three hours and was streamed over 11 million views two weeks later.

Brown then released his first EP titled “Closer” on June 22, 2015. It debuted at No. 22 on Top Country Albums chart selling 3200 copies in its first week. Single from the EP titled “Don’t Go City on Me” managed to peak No. 43 on the Country Digital Songs chart.

The same year, he released his new single titled “Used to Love You Sober”. It was massive hit and reached number 2 on the Country Digital songs selling 38,000 copies on just two days. His next song “Last Minute Last Night” debuted at No. 9 on Country Digital Songs chart selling over 26,000 copies.

In 2016, he released his second project titled “Chapter 1“. It consisted of hit songs like Wide Open, Last Minute Last Night, Used to Love You Sober, There Goes My Everything and Excuses. After few months he released self-titled album “Kane Brown“. The album consists of 11 tracks the album went to No.5 on Billboard 200 and No. 1 on Top Country Albums chart. A Single “What Ifs” from the album which was recorded with his friend Lauren Alaina reached No. 1 on Top Country Charts, Hot Country Songs, Country Airplay and many others.

4.He announced his engagement in a concert.

In April, Kane Brown announced that he got engaged to his girlfriend Katelyn Jae during a live performance. It was reported that Kane and Katelyn got engaged on Easter Sunday, April 16. Looking at her Instagram profile we can say that they are crazy about one another. According to Kane himself, they have been dating under a year before getting engaged. Fans are now eager to find their wedding date.

5.So who is Katelyn Jae actually?

Not many information is available about Kane Brown girlfriend but she’s suspected to be in her middle 20s. According to her personal website, she is also a singer and was raised in West Chester, a suburb in Philadelphia. She graduated from West Chester University where she focused on singing and creating music. When asked about Katelyn, Kane replied “She’s a sweet girl. She’s from Philadelphia, and we’ve been dating almost… it’s going to be eight months coming up. You know, being on the road, we did 200 shows in 2016. You get lonely… Whenever she’s out with me, I just have a good time. And she makes me happy. I’m never depressed when she’s around me.”

She is also popular on social media where she has over 23K followers on facebook and 151K Instagram followers.