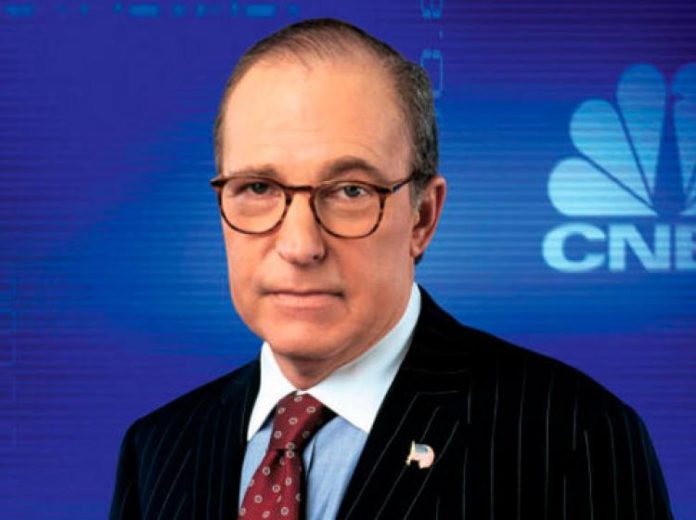 Lawrence Alan Kudlow is an American economic analyst, commentator, television personality and newspaper columnist. He was best known as the host of CNBC’s “The Kudlow Report”. As of 2018, Larry Kudlow net worth is estimated to be $30 million.

Larry was born on August 20, 1947 in New Jersey to Ruth and Irving Howard Kudlow. He attended Elisabeth Morrow School until 6th grade and then went to Dwight Englewood School. After completing high school, he went to University of Rochester earning a degree in history in 1969. Two years later, he studied politics and economics at Princeton University’s Woodrow Wilson School of Public and International Affairs.

During his early days, Kudlow was a democrat. In 1970, he worked on Joseph Duffey’s US Senate Campaign along with Bill Clinton, John Podesta and Michael Medved. He began his career as a staff economist at Federal Reserve Bank of New York taking a position as junior economist. During Reagan administration, he worked as associate director for economics and planning in the office of Management and Budget. He was also an advisory committee member of the Federal Home Loan Mortgage Corporation.

In 1987, he became Bear Stearns’ chief economist and senior managing director but he was fired in 1994 after too much cocaine abuse led him to skip an important client presentation. After that, he served as an economic counsel to A. B. Laffer & Associates.

Regarding his Journalism career, he was the host of CNBC’s “The Kudlow Report”. In 2001, he became Economics Editor at National Review Online. Kudlow also appears regularly in Squawk Box. He also started his own blog named Kudlow’s Money Politic$ in 2004. Kudlow has also worked on media outlets like Wall Street Journal, Washington Times, the Cato Journal, City Journal and many more.

Regarding his personal life, he has been married three times. He first married Nancy Ellen Gersetin in 1974 and their marriage lasted for only a year. In 1981, he married Susan Sicher and it also resulted in a divorce. His third marriage with Judith Pond came in 1986.

On March 12, 2018 Larry Kudlow was chosen by President Donald Trump to become his senior economic adviser after Gary Cohn resigned following a conflict with the president over steel and aluminum tariffs.