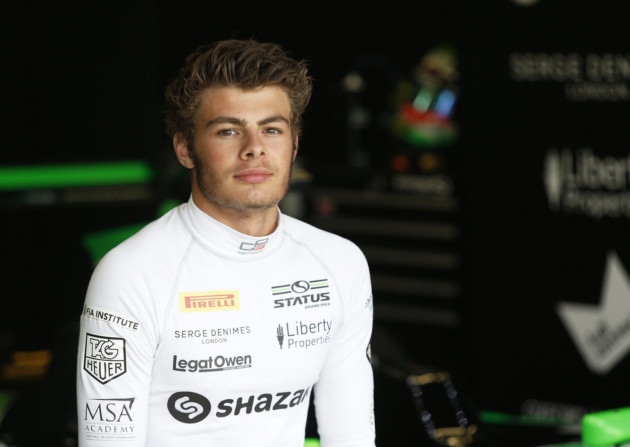 Seb Morris is a racing driver who is known for winning the 2017 British GT Championship. He is one of the contestants on the Celebs Go Dating show and fans are eager to know more about him.

Here are some of the interesting facts about Seb Morris including his net worth, personal life and career.

Morris was born on November 30, 1995 in Wrexham, Wales. He began his racing career in 2007 however he became pro in 2010 when he progressed to Ginetta Juniors and raced for Hillspeed. In 2011, he again raced for Hillspped and won the Ginetta Junior Championship by winning eleven races out of twenty rounds. He won Welsh Young Driver award the same year.

In 2012, he competed in the British Formula Renault Championship driving for the Fortec Motorsport team. He finished the season as the highest placed rookie and third overall. The same year, he was selected as the member of the Motor Sports Association Academy and was named a British Racing Drivers’ Club Rising star.

3. He rose to fame after winning 2017 British GT Championship.

In 2016, he moved from single seaters to sportscars and he decided to race a Bentley GT3 for Team Parker Racing in 2016 British GT Championship series. In 2017, he set his sights to win the Championship and won the title in the very last race. He also set the lap record at Spa-Francorchamps. He is currently racing for Action Express in 2017 IMSA WeatherTech SportsCar Championship.

4. He is one of the cast member on Celebs Go Dating show.

Seb Morris is one of the members on the Celebs Go Dating show alongside her former girlfriend Tallia Storm. But in the recent episode Seb and Tallia had a very awkward meeting.

Tallia was enjoying a date with a different guy while Seb was on a date with another lovely lady. In the mid-way, Seb gets up and confronts Tallia on her date. Seb then went to her table and told her he wanted to check things weren’t awkward. Tallia meanwhile responded: “Why would it be awkward? It’s not awkward at all. We haven’t been talking about you once.’

Kandi Burruss Net Worth: 5 Facts You Should Know

factsfive - April 11, 2018
Kandi Burruss name is popular among people who love music. Gorgeous Kandi is an American singer, television personality, actress, and businesswoman. She is best...