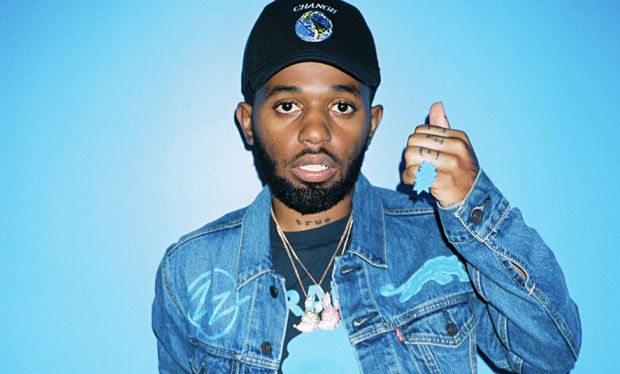 Malcolm Jamaal Davis also known by his stage name as MadeinTYO is an American rapper. After the release of “Uber Eveeywhere”, MadeinTYO has established himself as one of the emerging rappers in rap industry. So how much is the rapper worth, what are his sources of income? Here are five interesting facts about MadeinTYO including his net worth, personal life and girlfriend.

1.MadeinTYO Net Worth is estimated to be $2 million.

As of 2018, MadeinTYO net worth is said to be $2 million. He has collected most of his fortune from album sales. He also earns fair amount of money from YouTube channel “PrivateClubRecords”. As of January, 2018 the channel has over 181K subscribers. MadeinTYO also, as a co-founder of Private Club Records, gets fair share of money from various record sales. The records company has signed artists like Salma Slims, MyNamePhin and Noah Wood$.

MadeinTYO Net Worth compared to other rappers

2.He got his name MadeinTYO when he was in Tokyo.

In an interview with XXL Magazine, Malcolm said that, he got his name while he was in Tokyo. The rapper’s stage name actually stands for “Made in Tokyo”. It was in Tokyo where he spend 6 years and attended both his junior high and senior high school.

3.Early Life and Beginning of his career

Malcolm was born on April 12, 1992 in Hawaii. Because of his father involvement in military, he had to move around often to places like San Diego, Virginia and Texas. He later moved to Japan where he spent his teenage years in Tokyo and attended Nile C. Kinnick High School there. After his completion of high school, he moved back to United States with his older brother Robert Davis who is also known by 24hrs. The two brothers then rapped together setting up their own rhymes.

After moving back to U.S., MadeinTYO and his brother started a collective art called “Public Club”. Malcolm then released his debut single “Uber Everywhere” on 2016 on Commission Music and Private Club Records. The song was massive hit and peaked NO. 51 on Billboard Hot 100 and No. 10 on Urban Radio. The song also reached No. 11 on the Hot Rap songs chart and No. 16 on the Hot R&B and Hip Hop songs chart. Within a couple of months, the song had gone platinum after selling more than 100,000 copies. So, far the song has been streamed over 56 million times on YouTube.

Shortly after his initial success, he released his debut mixtape titled “You are Forgiven”. It consisted of seven tracks and featured popular artists like Travis Scott and 2 Chainz. After some months, he then released his second mixtape entitled “Thank You Mr. Tokyo”. It consisted of 10 tracks including Taking It Back, Broken Hearts and Gucci Polo.

The African-American rapper was part of 2017 XXL Freshman class and spotify named him the Breakout Artist of 2016. He’s also hit over 900 million streams worldwide and worked with rappers like Big Sean, Gio Dee, Metro Boomin, 2 Chainz and many others.

MadeinTYO started dating Anhia Santana who actually goes by the stage name Distortedd in 2015. She is a Philadelphia based painter and digital artist. Together they had a son named True who was born on January 29, 2017. After one month, they announced that they were engaged.

Arielle Kebbel Wiki, Bio, Age, Net Worth, and Other Facts

factsfive - February 15, 2021
Arielle Kebbel is quickly emerging as one of Hollywood's most sought after talents. With her combination of raw talent and natural charm, Arielle is...