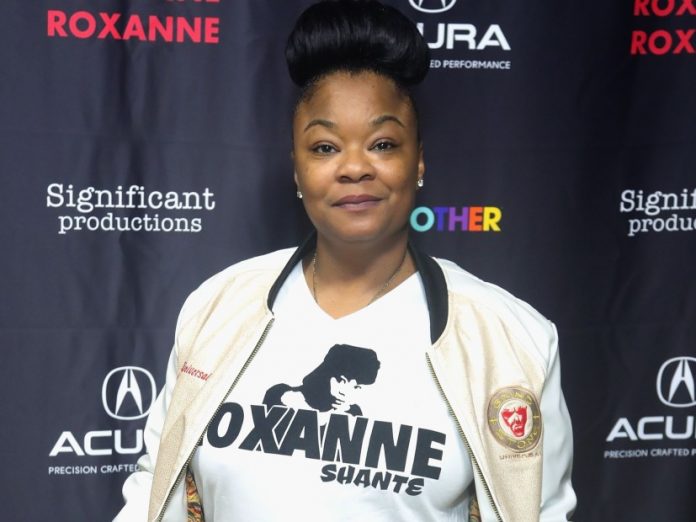 Born Lolita Shante Gooden on November 9, 1969, Shante started rapping at the age of 13 and then changed her name from Lolita to Roxanne at fourteen. Her rapping career started in 1984 when she ran into Tyrone Williams, DJ Mr. Magic and Marley Marl outside the Queensbridge housing project. The three were discussing about their band UTFO after they had failed to make an appearance at the concert.

UTFO had recently releasing the single “hanging out” but it didn’t gain much critical acclaim. Roxanne, who was a member of Juice Crew that time walked right to them and offered to write a track to get back at UTFO. They liked her idea and Marley produced the song “Roxanne’s Revenge”. The track became huge hit when she was only 14 at that time. Following this, she continued to rap and start touring.

In 1985, Shante released a record together with Sparky D. the record called “Round One, Roxanne Shante vs Sparky Dee” included six tracks including hits like Have a Nice Day and Go On Girl. She then went to release hit singles like Bad Sister in 1989, The Bitch is Back in 1992 and a greatest hits anthology in 1995.

At the age of 25, she retired from the recording industry. However, she continued to appear as a guest star and perform live performances as well as mentor young female hip-hop artists. She also made cameo appearance on VH1’s hip hop reality show “Ms. Rap Supreme” and gave rap-battle strategies to the finalist of that show. In 2008, she returned to music scene with her song “Roxanne’s Revenge”. It was ranked No. 42 on VH1’s 100 Greatest Songs of Hip Hop.