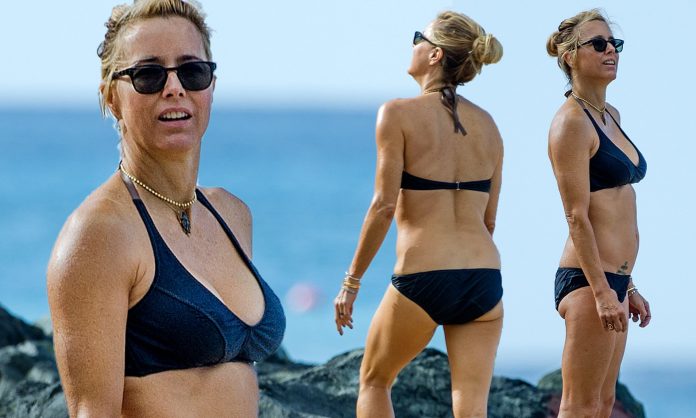 Below is a compiled list of the most interesting facts about Téa Leoni. Check it out!

Elizabeth Téa Pantaleoni was born on February 25, 1966 in New York City. Her father, Anthony Pantaleoni, was a corporate lawyer, and her mother, Emily Ann (Patterson), worked as a dietitian and nutritionist. She is of Italian (from a paternal great-great-grandfather), Polish, English, Irish, Scottish, and German descent. Téa attended but did not complete studies at Sarah Lawrence College. She started out in acting as Lisa DiNapoli in Santa Barbara (1984) in 1989 and followed up with small roles in Switch (1991) and A League of Their Own (1992).